cursetheknife is an alternative shoegaze band from Oklahoma. “Thank You For Being Here” is their first LP on New Morality Zine. 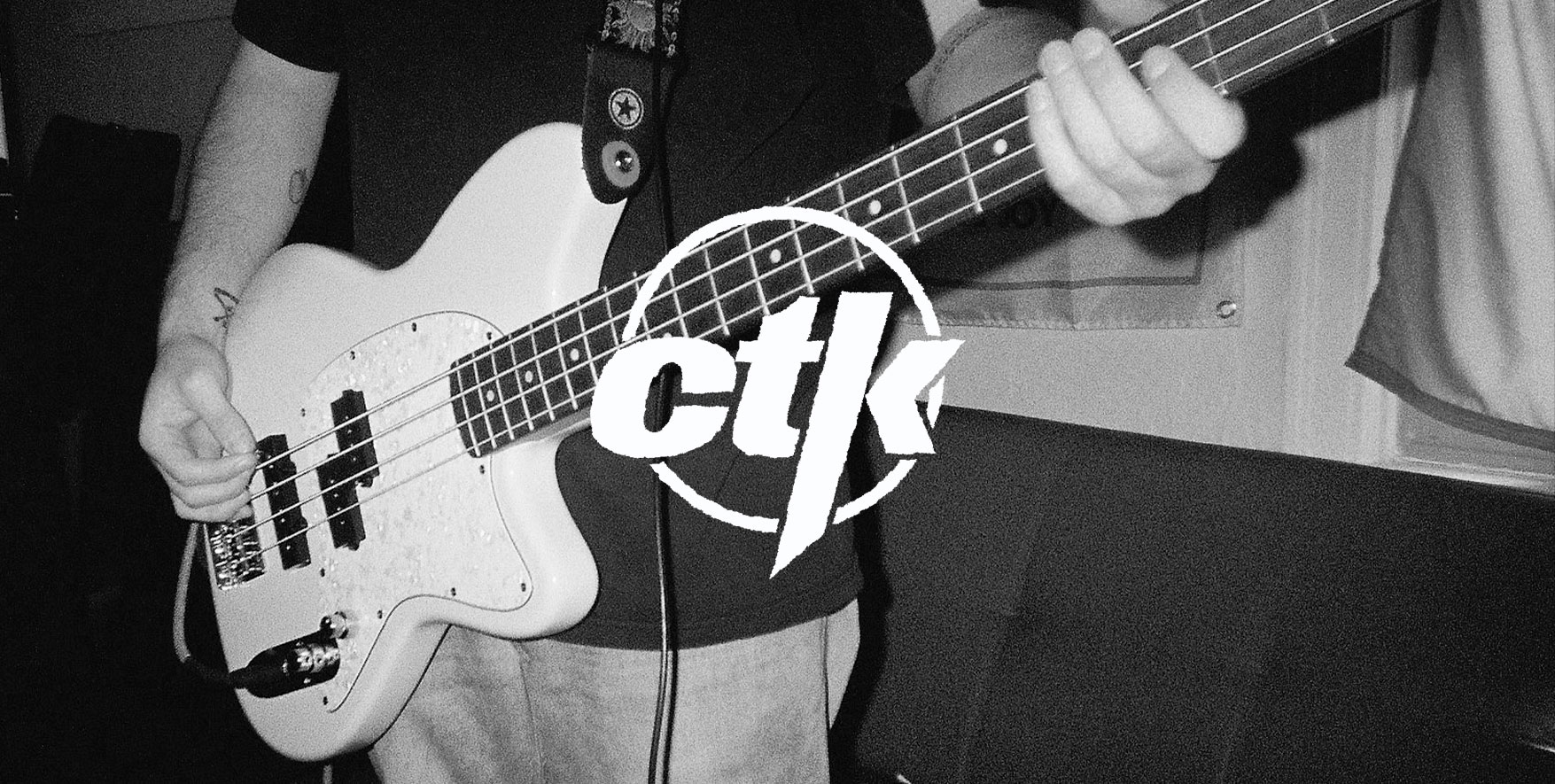 LISTEN TO THE ALBUM →

cursetheknife is an alternative-rock/shoegaze band from Oklahoma. On their first proper full-length, they and NMZ reached out to help on the layout for the physical album, already with a painting ready to use for the cover art which would initially be released on a 2-part EP on cassette tape. This small project organically turned into a full branding project with custom type and later into a full 2LP vinyl layout. 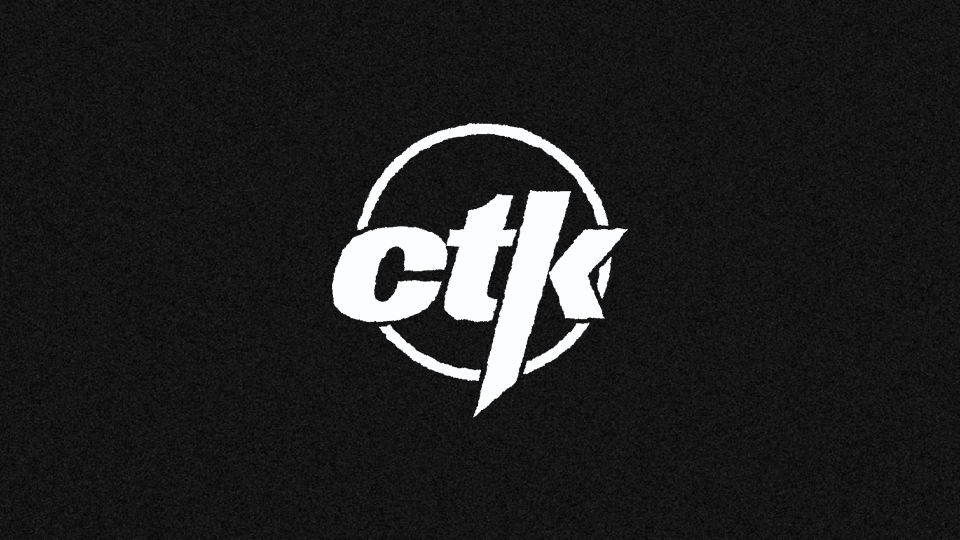 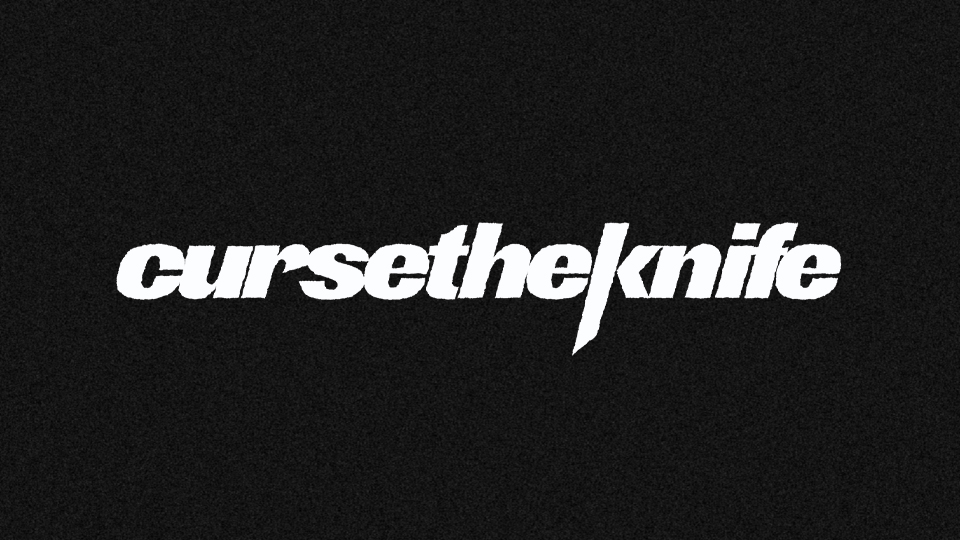 One of the first assets created for the project was the band logo. CTK are inspired by 90's–early ’00s alt-rock aesthetic, ranging from Radiohead to Deftones. I for sure wanted to capture that in some sort of distorted, thick sans-serif. After finding an appropriate typeface and typesetting it, I began altering some of the letters—specifically the K. I wanted to make this stand out the most and mimic a knife. The K was given a descender and angled to give a sharper look. From the type, I then created an abbreviated logo for CTK, and then combined them to create the full cursetheknife logo. 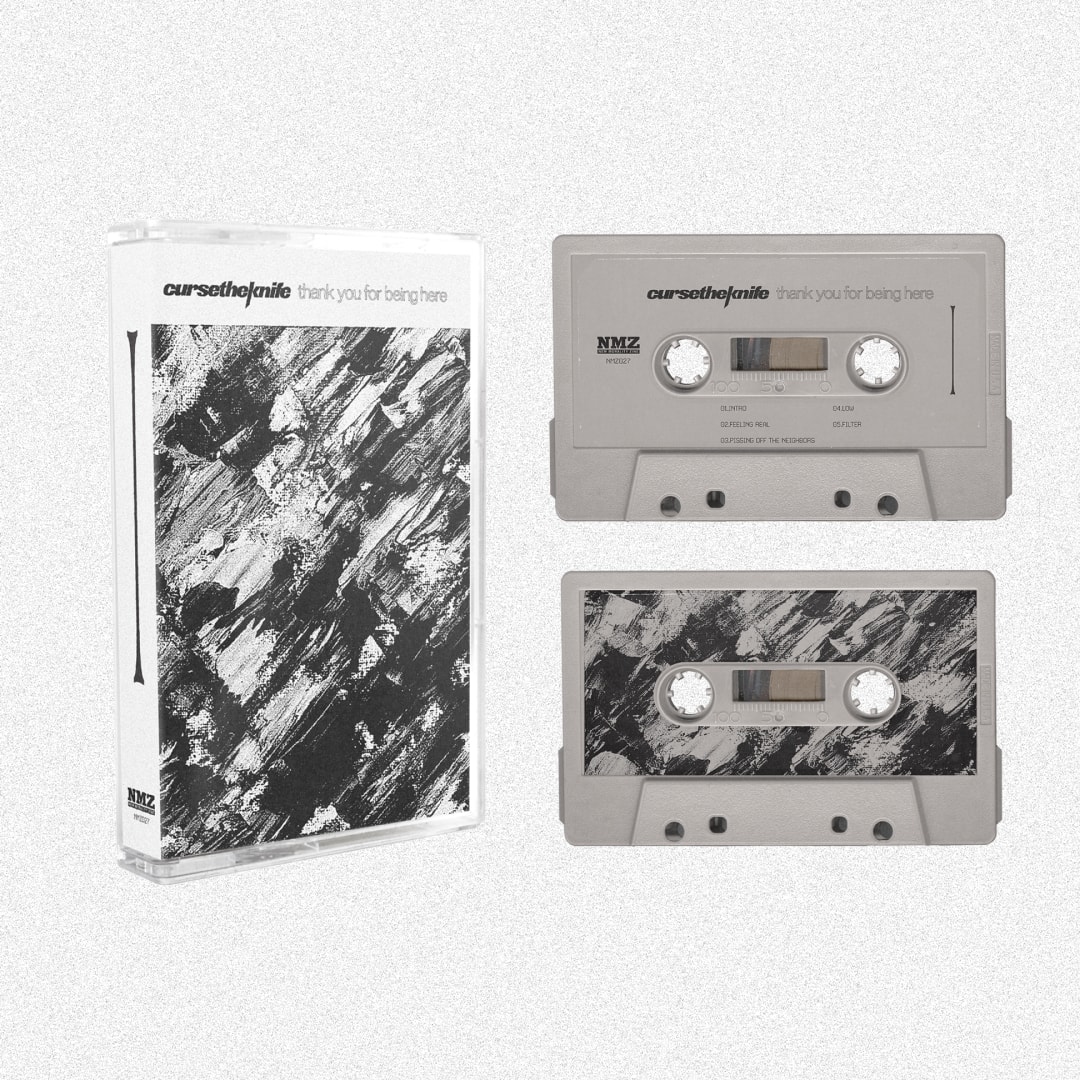 Design & layout for the cassette, initially released in two parts.

After a successful launch on the initial cassette release, the project was expanded to a full 2xLP vinyl release. I came back on to reformat the cassette designs for a double LP jacket, insert and center labels. 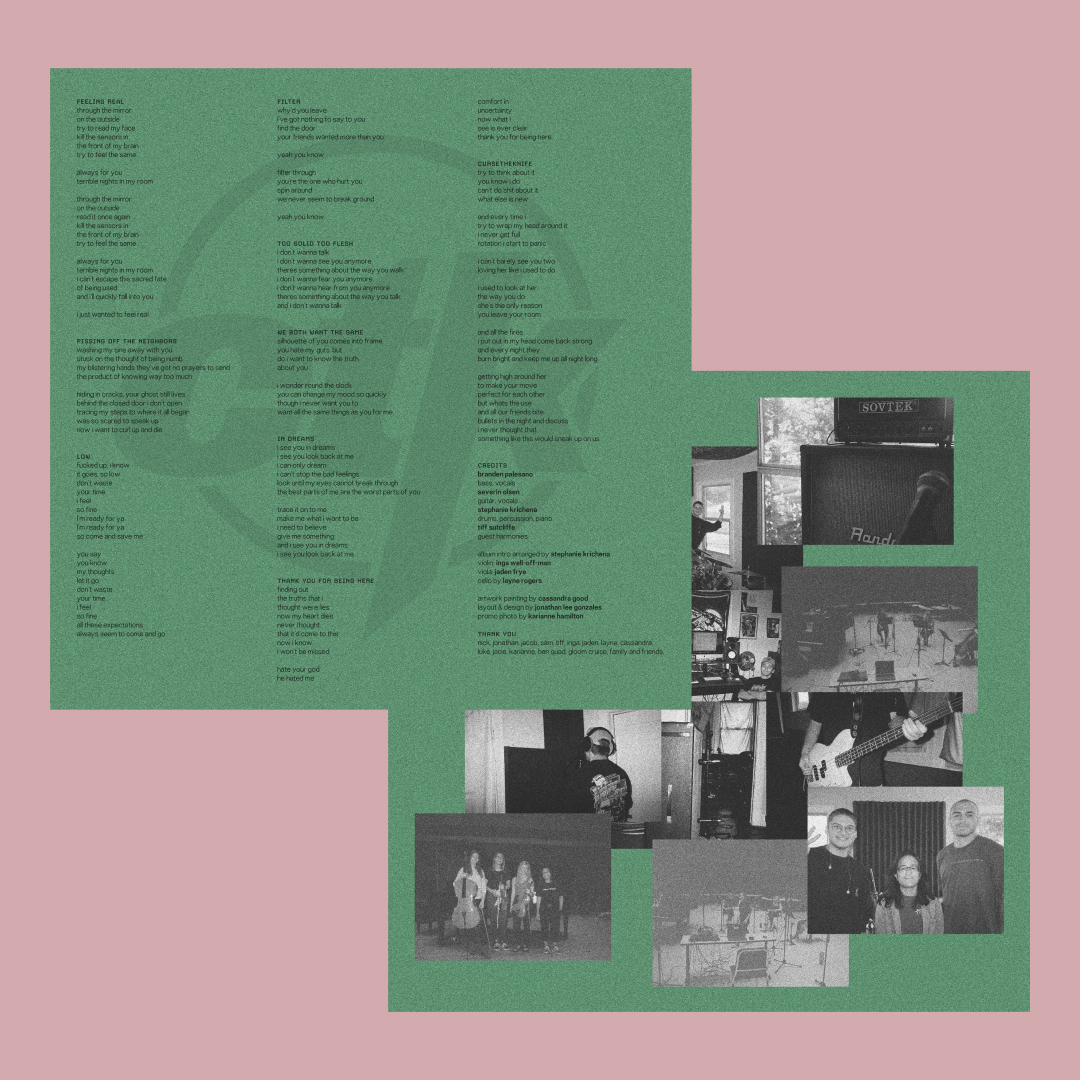 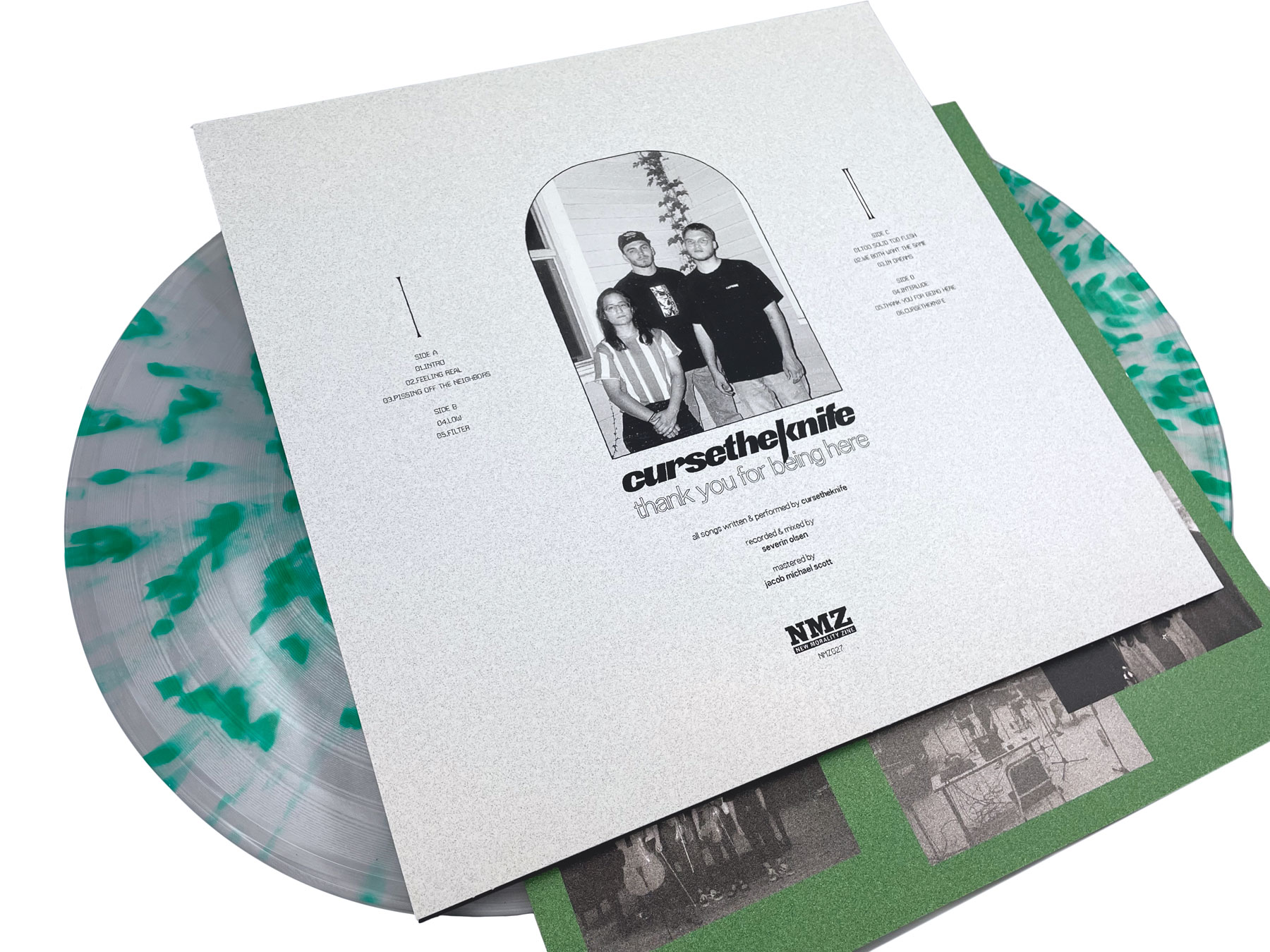 Back of vinyl jacket, designed to incorporate the initial two-part release, with Pt.1 on sides A–B and Pt.2 on sides C–D.